In trade debates, multinational corporations are often cast as villains exploiting low-wage workers in countries with weaker labor laws at the expense of Americans. But do multinationals actually exploit foreign workers?

Dean Ann Harrison, Prof. David Levine and three co-authors recently reviewed the evidence in a paper for the Brookings Institute. It’s part of a larger effort that enlisted prominent academics to better understand the many questions that have been raised about the role of multinationals in the global economy—from tax avoidance to job loss to their contributions to economic growth.

To answer the question of whether multinationals exploit foreign workers, Levine, Harrison, and their co-authors reviewed the current academic research. In areas where it was sparse, they also looked to research by groups such as the International Labor Organisation, World Bank, Oxfam, and Human Rights Watch.

We spoke with Levine to get the big picture on their findings.

You started this project by defining what exploitation means. How did you do that?

There are many different approaches to thinking about a complicated concept like exploitation, and we looked at it in three ways. The most straightforward asking whether workers are worse off than they would be had they not worked for the multinational company. But a simple measure such as whether they’re paid better than the alternative may still fall short of what many observers would consider fair. There are lots of other definitions of exploitation, such as taking advantage of someone’s weak bargaining power to offer them a worse deal. So, a second approach is asking whether workers are being paid a “fair share,” given that they’re often producing products that are quite valuable.  Different stakeholders and philosophers have different definitions of what a “fair share” means.  And then a very different approach is, rather than looking at how workers treated relative to someone else, but aksing whether their employers are respecting their fundamental human rights. Almost every country with multinationals has signed on to the core labor standards of the International Labor Organisation (ILO), which include prohibitions on slavery, child labor, and discrimination against women, and gives workers the right to join a union. By this definition, exploitation simply means not respecting human rights.

If these firms were paying twice what workers got elsewhere, we wouldn’t expect to see so many quit. So it doesn’t appear that workers feel these jobs are particularly cherished.

There’s pretty strong evidence that on average these workers are not being exploited in the sense that they could earn more elsewhere, on average. Multinationals do not typically pay less than domestic firms. In fact, they typically pay more, and sometimes meaningfully above market wages. But larger firms often pay higher wages, and multinationals tend to be large firms. It’s usually pretty easy for these companies to hire, and it’s not surprising that we see migration from the countryside towards these factories. But we also see quite high turnover in most of the factories where we do have data, which means the workers aren’t feeling super overpaid. If these firms were paying twice what workers got elsewhere, we wouldn’t expect to see so many quit. So it doesn’t appear that workers feel these jobs are particularly cherished.

We’re in a time of growing inequality. How did you look at exploitation from the perspective of whether workers get a “fair share”?

Many philosophers and citizens would agree the world would be a better place on average if poor people were a little less poor, even if that means rich people have to pay a little bit more for luxury goods. To the extent that these branded companies like Nike, Nordstrom, or Apple are making a lot of profits, it seems fair to many people for them to pay above-market wages in poor countries. And although it does look like multinationals pay a little bit higher on average, there is not evidence that they are systematically sharing a lot of the surplus. The wages in most studies are not a whole lot higher than people would earn elsewhere. And there’s a lot of turnover, which is not what you expect if you’re sharing a meaningful amount of your surplus. If you see a branded product from Apple, Nike or whatever, the assembly workers received a very small share of that value.

Does that, in your view, constitute exploitation?

I am one of many people who thinks that if poor people producing goods for rich people got paid a bit more, and rich people paid a little bit higher prices for luxury goods, the world would be a bit more fair and just.

There’s strong evidence that there are tragically high levels of exploitation in terms of violations of basic human rights, and women are especially vulnerable.

Where does the evidence lie on the question of human rights violations?

There’s strong evidence that there are tragically high levels of exploitation in terms of violations of basic human rights, and women are especially vulnerable. For a young woman to go work in an apparel factory in many parts of the world puts her at high risk of sexual harassment or much worse. There isn’t evidence that multinationals are worse at stopping sexual harassment or abuse than domestically owned firms, but having lower rates of sexual harassment doesn’t let them off the hook. They’re still violating these fundamental human rights that everyone agrees to.

There is not much evidence of severe violations such as slavery—meaning people being forced work for no pay—athough there’s evidence of workers having to work overtime without pay, and evidence of suppression of labor organizing. Health and safety violations are common. There are also well-documented cases of some multinationals providing worse conditions to migrant workers than to local citizens.

Over the past decade, Western-based multinationals have almost universally adopted zero-tolerance policies against child labor in their affiliates and supply chains. There have been improvements, but enforcement is variable and violations are still uncovered. Audits at factories don’t uncover things like employees bringing work home for their children, which some reports have found.

The term multinational covers a wide range of companies. Did you look at variations?

There are several dimensions of variation. The scattered evidence shows companies headquartered in countries with higher labor standards such as Northern Europe treat their workers better on average than companies headquartered in low-wage countries like China or India that have less consistent labor standards themselves. It also depends where you on the supply chain. Suppliers tend to have lower standards than the multinationals themselves. A supplier to a supplier to a supplier tends to have lower benefits, if any.

For consumers, knowing that a multinational company produced a product tells little about the living standards or human rights of the workers who made it. Sometimes the nation of origin is a more valid indication. For example, few workplaces in Saudi Arabia or Kazakhstan respect the core International Labor Organisation agreements that those nations agreed to.

In the paper, you state that while activism targeting individual companies can improve working conditions, it may not be the most effective approach to combat exploitation overall. Why?

Multinationals are more visible internationally. So to protect their brands, they may find it profitable to treat workers a bit better. Thus, activism against these companies can have an impact. But fundamentally, multinationals employ only a modest share of the workforce of poor countries, and only a subset of those multinationals are producing high-visibility luxury goods for prosperous people. The problem is that if one brand starts paying a lot more than the market wage and raises their prices, they could lose their market share. Even if one could solve the coordination problem and get them all to treat their workers better, that would still leave the bulk of workers at multinationals that aren’t delivering luxury goods, and also at the domestic firms where the bulk of workers are always going to be.

To the extent that multinationals can help countries improve their regulations and their anti-discrimination policies or environmental enforcement, we could imagine some useful improvements. And if multinationals are promoting corruption and non-transparent governance and favoritism, they are worsening the system and should be held accountable.

Even if companies producing expensive branded projects shared more of their surplus with workers, it would not end global poverty. Improving the welfare of vulnerable workers requires broader policies such as improving schools, reducing corruption, and enforcing human rights standards for all employers.

You also looked at the flip side of the problem—whether multinationals hurt workers at home by moving jobs overseas. That’s a whole other large topic, but in brief, is offshoring exploitation?

Here we are moving from the question of exploiting to the question of harming workers. There obviously is a basis for concern. If you were producing clothing or furniture or autos, and your company shut down your factory and opened one in Vietnam, you lose your job. The evidence here is not great, but it does seem like on average the growth of outsourcing and multinationals relocating jobs has been bad for Americans at the middle and bottom of the wage distribution, especially in manufacturing. But every time we see an outsourced job, it doesn’t mean that if you banned outsourcing there would have been one more American job. If I told General Motors they weren’t allowed to close their factory in Michigan and open an engine factory in Mexico, they could have simply gotten more robots in Michigan. Or they could have stopped producing their own engines and just imported them, or they could have not been able to compete and just closed to more of their remaining U.S. factory.

The research doesn’t nail down what share of outsourced jobs would have been lost anyway, but it’s a reasonable estimate that most of them would have disappeared due to technology and automation. Increased import competition is also a factor. So while we should be concerned about job loss and declining demand for medium-skill American workers, the evidence shows that outsourcing is not the main challenge they face.

If I were to meet you at a party and ask “Do multinationals exploit workers,” what would be your short answer?

I would say that they do not do enough for their employees and for the employees of their suppliers to protect basic human rights. 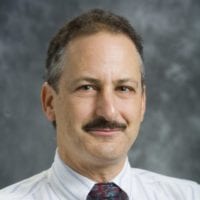