Who flirts to get ahead at work?

The stereotype of the female secretary who hikes up her skirt to get a promotion is as pervasive as the powerful male boss who makes passes at his underlings. But a new study upends both tropes with evidence that it’s actually men in low-power positions who are most likely to flirt, use sexual innuendo, and even harass female bosses for personal gain at work.

The paper, co-authored by Professor Laura Kray and published in the journal Organizational Behavior and Human Decision Processes, offers a new perspective on gender stereotypes and workplace power dynamics.

“Through a number of studies, we’ve debunked the myth that social sexual behavior is something that only high-power men do,” says Kray, The Ned and Carol Spieker Chair in Leadership. “In fact, we found that it’s more often men who are insecure about their role at work who use unwanted social sexual behavior to look more masculine and powerful, even when they know it’s offensive to women.”

In a series of online and laboratory experiments, Kray and co-authors Jessica A. Kennedy, MBA 09, PhD 12, of Vanderbilt University, and Michael Rosenblum, PhD 20, of New York University, examined the relationship between social sexual identity—or how people define their own sex appeal—and how it can drive an increase in workplace social sexual behavior that includes flirting, sexual innuendo, and harassment. Not only are men more likely than women to engage in such behavior for personal gain, the researchers concluded, but it’s most often men in lower-power positions who describe themselves as “charming flirts” with “sex appeal” who initiate social sexual behavior to appear more powerful. They then rationalize the behavior, saying they’re just being “big flirts.” Rates of social sexual behavior might vary by sexual orientation, an issue that was not explored as the study was conducted with participants who overwhelmingly identified as heterosexual.

This new research isn’t about whether it’s good or bad to flirt, notes Kray, the faculty director of the Center for Equity, Gender, and Leadership. The study also does not imply that people in powerful positions are unlikely to be sexual harassers, she cautioned.

Rather, the research concludes that being a flirt—or seeing oneself as a flirt—is predictive of a whole class of behaviors. “Some of the behaviors fall on the relatively benign end of the scale, and some are really quite offensive and most people would recognize as harassment.”

Kray suggests that corporate sexual harassment training might include asking people to reflect on social sexual behavior that they identify as just teasing or joking—as it might instead be an early warning about future behavior. 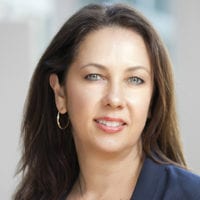 Men in lower-power positions describing themselves as “charming flirts” with “sex appeal” are most likely to initiate social sexual behavior, including flirting, innuendo, and harassment, to appear more powerful.