While health officials have struggled to boost COVID-19 vaccination rates nationwide, a simple approach has proven effective at convincing some skeptics to get their shots: a video compiled from Fox News clips of former President Trump and his family urging his supporters to get vaccinated.

Researchers from Berkeley Haas, Stanford University, University of North Carolina at Chapel Hill, and North Carolina State University compiled a public service announcement from existing footage and aired it on more than 150,000 YouTube channels in more than 1,000 U.S. counties with vaccination rates below 50%. Compared with similar counties where the ad wasn’t shown, those counties recorded an additional 104,036 vaccinations.

While the researchers had no control over which channels the ad would appear on, the Google Ads’ algorithms sent it most often to Fox News’ YouTube channels, where it was attached to segments hosted by Laura Ingraham, Tucker Carlson, Sean Hannity, and other Trump supporters and vaccine skeptics. It also appeared on some neutral channels and some not supportive of Trump, including MSNBC and NBC News.

According to Professor Steven Tadelis, a co-author, the messaging was also relatively inexpensive. “Creating an intervention that effectively costs about $1 per extra vaccine is remarkably cost-effective and a small fraction of the cost of other interventions,” he says, noting that studies of U.S. state vaccine lotteries put the cost at $68 to $82 per vaccine.

However, while the ads moved some skeptics to action, they were only effective in counties with up to 70% Trump voters. The heaviest pro-Trump counties were unmoved. 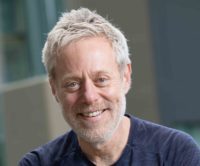 Watch the video that encouraged many COVID vaccine skeptics to get the shot.

A partisan message proved to be a potent way to overcome the entrenched political divide surrounding COVID-19 vaccines.