With primary season well underway, voters have likely heard a familiar refrain: “I’m Candidate X, and I approve this message.” Since 2002, federal law has required the tagline on all ads paid for by candidates for federal office.

The aim was to discourage negative campaigning. But research published in the Journal of Marketing Research by Berkeley Haas Assoc. Prof. Clayton Critcher shows that it’s actually made attack ads more powerful.

“People tend to be suspicious of political rhetoric—especially negative political rhetoric,” says Critcher. “But we found that the mandatory tagline has an unintended effect: It makes ads attacking an opponent’s policy positions seem more credible.” What’s more, people have a more positive view of the candidate who gives the tagline endorsement.

Past research has found that negative ads can be more effective than positive ones, and attack ads have swelled in recent years, from 29 percent in 2000, to 64 percent in 2012, and up to 92 percent the week before the 2016 presidential election, according to the paper.

Attacks on an opponent’s policies, unlike character attacks, are clearly relevant to the job, but voters may be skeptical of whether they’re true. Critcher and his co-researcher, Minah Jung of New York University’s Stern School of Business, suspected the tagline might influence that.

They recruited 2,000 people and experimented with video, audio, and print ads related to Congressional races from 2006 to 2010, as well as fictional ads they created by combining snippets from real advertisements.

Although the tagline did not consistently change people’s reaction to positive ads or ad hominem attacks, the tagline did give a clear boost to the policy-based attacks. In addition, people had a more favorable view of candidates running negative ads when the tagline was included.

Also surprising was why the tagline works. “We initially thought the boost came from what sounded like an implicit promise of the ads’ truthfulness—with the candidate putting themselves and their credibility on the line by affirming that they ‘approved’ the message,” Critcher says. But even when the researchers invented new taglines and told participants that the law required candidates to deliver them, they observed the same boost to ad credibility. “The bigger effect was the perception that the ad had been touched by regulation. That gave a legitimating halo to the message as a whole.”

Critcher and Jung didn’t find a perfect solution to tagline bias, but they did find that a more neutral tagline (e.g., “My name is X, and I am running for Y”) that can’t be confused for an implicit promise of truth significantly decreased the unintended consequences.

“We hope that by bringing this to light, policymakers might realize this provision is not serving the public good and find a better way,” Critcher says. 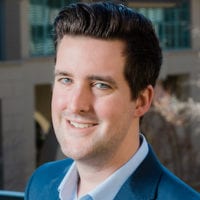